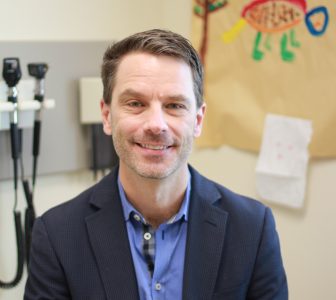 Dr. McDonald's research reflects a broad range of clinical and basic science interests, from ethics and neurosurgical education to neurooncology, hydrocephalus, epilepsy, trauma and injury prevention, and Gamma Knife treatment of a range of conditions. He collaborates with colleagues at SickKids Hospital in Toronto and other centres. Dr. McDonald has been involved with the ThinkFirst Foundation of Canada, and has provided neurosurgical care in Kenya. He has an interest in the care of Canada’s indigenous peoples and those living in remote northern communities. He serves on the editorial boards of several well recognized journals, and has been involved in the RCPSC examinations in Neurosurgery and the Principles of Surgery. He is active in the leadership of several professional organizations.

Dr. McDonald's publications may be viewed on Pubmed.