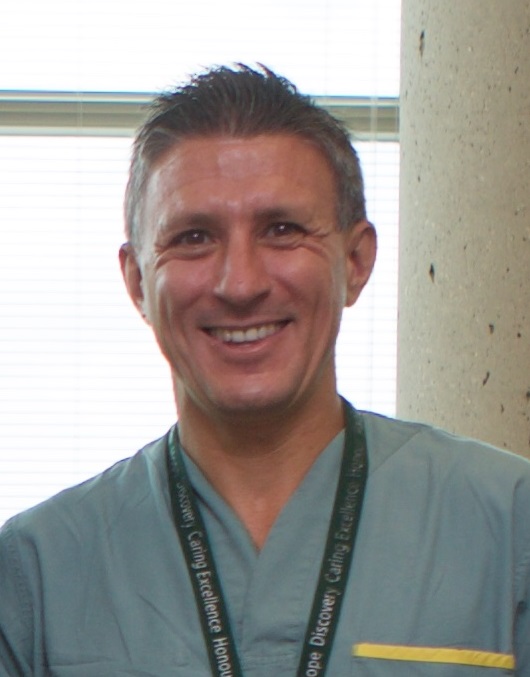 Dr. Silvaggio joined the section of Neurosurgery from Calgary, Alberta.  He completed his pre-medical training at Queen’s University at Kingston Ontario, receiving the medal for the Bachelor of Science program.  He went on to study medicine at the University of Toronto, graduating with honors in 1997.  He then returned to his home city of Calgary to complete his Neurosurgical training.  He was recently successful in completing the Royal College of Physicians and Surgeons examination in Neurosurgery.

While in his final years of training he developed a special interest in cerebrovascular and cranial base neurosurgery, and is part of the cerebrovascular group in Winnipeg. Dr. Silvaggio has also completed a Fellowship in Interventional Neuroradiology.

During his residency, Dr. Silvaggio began working towards his MSc in clinical epidemiology through the Department of Community Health Sciences at the University of Calgary.  He was awarded a graduate student scholarship for his academic performance.   His current research interests include epidemiology of neurosurgical disease and outcomes based studies. Dr. Silvaggio also has a keen interest in undergraduate and postgraduate medical education.  He has received several teaching awards and acknowledgments from the Faculty of Medicine at the University of Calgary, as well as his residency peers.  He has authored several book chapters and scientific publications.