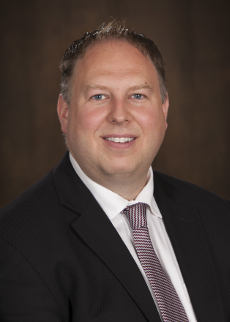 Gregory Hawryluk is an Assistant Professor of Neurosurgery at the University of Manitoba where his practice is focused on complex spinal surgery and the management of spine and brain trauma. Dr. Hawryluk grew up in Sherwood Park, Alberta where he was designated as a Rutherford Scholar, and he completed his medical school at the University of Alberta with Honours and Honours in Research in 2003.  Thereafter he completed his neurosurgical residency at the University of Toronto.  During this time he also completed a basic science PhD in Neural Repair and Regeneration under the supervision of Dr. Michael Fehlings which examined the mechanism by which neural precursor cells augment recovery from spinal cord injury.  He then went on to complete subspecialty training in the management of neurotrauma and complex spinal surgery at the University of California San Francisco under the supervision of Drs. Geoffrey Manley and Dean Chou.

Dr. Hawryluk has recently returned to Canada after serving as the Director of Neurotrauma at the University of Utah.  Dr. Hawryluk is regularly invited to speak and to teach around the world and has contributed to a number of clinical practice guidelines which set the world standard for the management of traumatic brain and spinal cord injury. His laboratory investigations have explored a theory for what may cause chronic traumatic encephalopathy and he has published numerous manuscripts advancing the clinical management of neurotrauma.  He has strong academic interests in advanced neuromonitoring, refinement of treatment thresholds, and clinical decision making in neurotrauma care.  Dr. Hawryluk serves as an editor and reviewer for numerous journals and he is leading a world-wide effort –along with Dr. Randall Chesnut from the University of Washington – to develop a modern treatment algorithm for the management of severe traumatic brain injury.  Dr. Hawryluk is AOSpine and Global Neuro Faculty and he sits on the curriculum committee of the later organization. He also sits on the Steering Committee of the Paralyzed Veterans of America.  He is the recipient of numerous prestigious awards for academic achievements such as the Murray Goldstein Award of the National Neurotrauma Society as well as humanitarian awards such as the University Health Network’s Sopman Humanitarian Award.