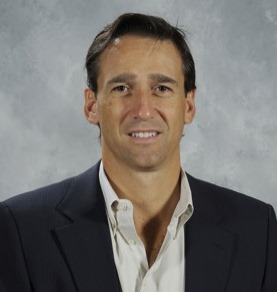 Dr. Anthony Kaufmann is a graduate of the University of Manitoba School of Medicine where he also completed his neurosurgery residency and received his Masters of Science Degree in Surgery. During his training, he received several research and achievement awards, as well as athletic scholarships and basketball All-Star awards.In 1994 he accepted a position as Assistant Professor of Neurological Surgery at the University of Pittsburgh Medical Centre, and specialized his practice in cerebrovascular and cranial base neurosurgery. He was a member of the "Stroke Team" at the Pittsburgh Stroke Institute. Dr. Kaufmann also developed a special interest in cranial nerve disorders and microvascular decompression surgery, while working with the Pioneer in this field, Dr. Peter J. Jannetta. Dr. Kaufmann returned to Canada and joined the Department of Clinical Neurosciences at the University of Calgary in 1997 where he established a cranial nerve subspecialty clinic. He was also the neurosurgical representative for the Calgary LINAC Radiosurgery Planning Committee and Treatment Team.In November 2000, Dr. Kaufmann accepted the position of Associate Professor in the Section of Neurosurgery, University of Manitoba. He established and is the Director of the Centre for Cranial Nerve Disorders and supervisor of the Intraoperative Monitoring Program in Winnipeg. He was appointed Co-director of Canada's first Gamma Knife Surgery Centre, and is also Co-director of the Centre for Cerebrovascular Disease. Dr. Kaufmann is a member of the Medical Advisory Board for the Hemifacial Spasm Association, Acoustic Neuroma Association of Canada, and Medical Advisor for the Trigeminal Neuralgia Association of Canada. Dr. Kaufmann also maintains an active clinical research program. He has published over 85 articles, book chapters, and abstracts and has also presented over 100 scientific papers and invited lectures.

For more information visit this link to the Centre for Cranial Nerve Disorders.

Please refer to Pubmed for a listing of Dr. Kaufmann's publications.